How did Westford Hill Distillers get started and what are you 'producing' (distilling) at your distillery?

We started in 1998 as one of only six craft distillers nationwide. This followed a visit to a winery in Alsace where the winemaker served us his Framboise, a distillate from raspberries. We found that throughout Europe these brandies called Eau de Vie were made from a wide variety of different fruits that are also grow here in the Northeast. Wishing to keep our Ashford property in agriculture and coupled with the local resources of high quality fruit it seemed like a natural fit. Over the past sixteen years we have continued to grow in both production and in product diversification. Our New World Aged Apple Brandy is aged 14 years in French Oak barrels and received the Gold Medal and Best of the US from the American Distilling Institute in Louisville KY. Our largest seller is marketed under the name Rime and is Vodka we produce from organic corn. In addition we do custom production work for several other companies. Peel Liquors is a CT company for whom we produce a line of Italian Cordials which in 2022 and 2022 took the double Gold medal at the San Francisco International Sprits competition. Subarashii Kudomono is a large Asian pear grower in western PA and markets a brandy we produce from their fruit that recently scored 89 points in the Wine Enthusiast magazine. Most recent to market is a white whiskey we make for an Avon CT company called Cape Moonshine. Westford Hill Distillers also does custom distillation for a number of CT wineries distilling wine for use in fortification for their Port wines. In 2022 Westford Hill will bring two more custom production products to market, Chocolate liquor for Bouvery CV located in Manhattan and a bourbon barrel aged bitters for Brodsky Bitters located in Stamford CT. Under our own label Westford Hill will be doing a limited release of our European Black Plum Brandy aged for 15 years in French Oak.

A really unique aspect to your featured liquor is that you're actually sourcing the 'apples'/'pears' from CT orchards. Why is it important to you to use CT grown fruit?

We started Westford Hill Distillers on the philosophy of producing signature flavor profiles in the categories we produce rather than try and copy what is already in the market. We are a small Craft producer and if we can’t offer something unique than there is no point. In CT orchards are capable of growing the highest quality fruit but also have diversity of varieties. There is a term in the wine business, “Terroir” which is the creation of appellation based on region, reflecting climate, soil and their influence on flavor. Winemakers will tell you the secret to making a great wine is start with the best fruit you can get and then try not to screw it up. Westford Hill has developed long term relationships with our growers and buy only sound fruit based on ripeness.

Where can we find Westford Hill Distillery products?

Westford Hill Products are in distribution in CT, MA, RI, PA, and CA

Within CT, we can be found in most wine shops and better restaurants.

Would you share a recipe for a cocktail using Pear William?

This is one that we developed last week as the signature cocktail for a recent CT Farmland Trust event called:

In Farmland We Trust

Mix in cocktail shaker with ice and pour into martini glass, garnish with a thin pear slice.

What are some suggestions for pairing Pear William with meals?

The Pear William like all Eau de Vie can be drunk neat. Europeans will serve them as a “welcome” drink to guests as the wine maker we met in Alsace did.  The French will serve mid-way in a multi course meal as a palate cleanser and to put a “hole in the appetite” which facilitates eating more. Typically here in the U.S. they are served with a dessert as the brandy is dry and pairs well with the sweet. Eau de Vie are also used in culinary drizzled over a warm dessert after it comes out of the oven.  A CT restaurant also went as far as to inject a pork loin with our Pear William before roasting in the oven.

What's one thing you want everyone to know about Westford Hill Distillers?

That Westford Hill Distillers took something old and made it new again to the benefit of agriculture. We have purchased over one million pounds of local fruit which we have fermented into wine and distilled into brandy. The first distillate of the colonies was Apple Brandy back in 1634. Whiskey did not come in until much later when grains were abundant and much cheaper. If you look at the turn of the 20th century in CT with the new European arrivals many of them were home distilling and winemaking. Prohibition put an end to that and thousands of acres of orchards in the east were ripped out to prevent distillation. Westford Hill made an effort to re-establish the craft of brandy making by re-acquiring lost knowledge through anecdote and much through trial and error. We received perhaps our biggest honor and reward this fall when we were invited by the Smithsonian to present on the behalf of craft distillation to kick off their History of Food program.

Visit our business profile on buyctgrown.com 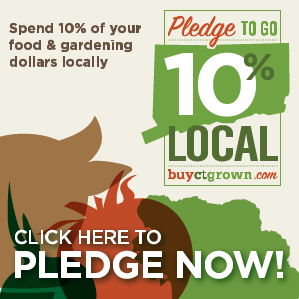